 D'Insle Montessori-Schule AG is organised as a family-based limited company. The share capital is all owned by the two Founders and School Directors, Verena and Jürg R. Schüepp-Lanz who, with Karl Grois also form the Administrative Board. “d'Insle Private All-Day Kindergarten – based on the Montessori Method” was set up as a sole enterprise by Verena Schüepp-Lanz at Klosbachstrasse 68 in Zurich-Hottingen, and opened at the beginning of March 1992 with 25 children of pre-school age. 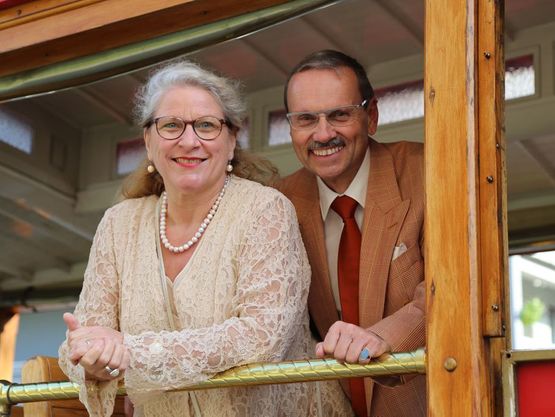  The first expansion took place just two and a half years later – in the summer of 1994. A small but extremely smart lower primary level was born at Balgriststrasse 102, near Wehrenbachtobel. The growth of the school and the desire to bring both levels together led to its relocation to its current building at Signaustrasse 7, near Kreuzplatz, in the spring of 1997. At the same time as they were brought together physically, the two operations were also merged to form the family-based limited company named “d'Insle Private Tagesschule AG”. Meanwhile Jürg R. Schüepp had also become completely integrated into the team as the school’s Administrative Director and Verena Schüepp-Lanz devoted herself to her work with the children and the educational direction of the enterprise.

 At its new location, the school could expand to offer a pre-kindergarten for children aged
1 to 3, a kindergarten for 3 to 6 year olds and a primary school accommodating Classes 1 to 6. A pre-school section had already been introduced as a speciality of the house back in 1994, allowing children in their last year at kindergarten to enter into the programme set for Class 1 pupils. This service was designed to provide a smooth transition from kindergarten to primary school, pre-empting the idea of a foundation or reception level, and this has been running successfully for over seven years by now.

 The pressure of a constant increase in the number of students led to the next step in the spring of 2001: the extended middle level (Classes 3 to 6) moved out of the main building and found its new home in bright and equally welcoming accommodation at Asylstrasse 71, near Römerhof. This also allowed the lower level (Classes 1 and 2) to grow more, with the pre-school class in the main house on Signaustrasse.

 Thanks to a constant devotion to the strict requirements of Assoziation Montessori Schweiz (AMS) regarding the training of teaching staff, including continuous on-going training for the director of the school, Verena Schüepp-Lanz, the school’s official recognition as a Montessori School was granted in 2002. This paved the way to a change of name to "d'Insle Montessori - Schule AG - Bilingual Day School"

 Happily, demand for the services provided at the “Insle” has always remained high. For a long time the school’s directors had therefore been looking for premises where they could expand the range even further. After a full year of preparation, the neighbouring plot to the current main building (at Signaustrasse 9) was acquired in January 2005 and made fully ready for the purposes of the Montessori School. Following complete renovation and rebuilding, Signaustrasse 9 then offered enough space for 3 primary classes (2 lower elementary levels for 6 to 9 year olds and an upper elementary  level for 9 to 12 year olds) with about 30 children in each. It was also possible to accommodate a professional kitchen so that we could cook for our own children. Generous dining and recreational rooms, a music room with a grand piano, a library and enough space for the administrative and school management functions completed the space expansion programme.