 At the end of the 19th century, Maria Montessori fought to become the first woman in Italy to win a place to study at the medical faculty in Rome. She successfully completed her studies in 1896, but soon turned her attention to the educational sciences. It became her life’s work to establish a form of learning that would create a worldwide revolution and which has lost none of its relevance to this day. On the contrary – Maria Montessori’s answers to questions relating to education are still completely valid, and may now be even more relevant than ever before. 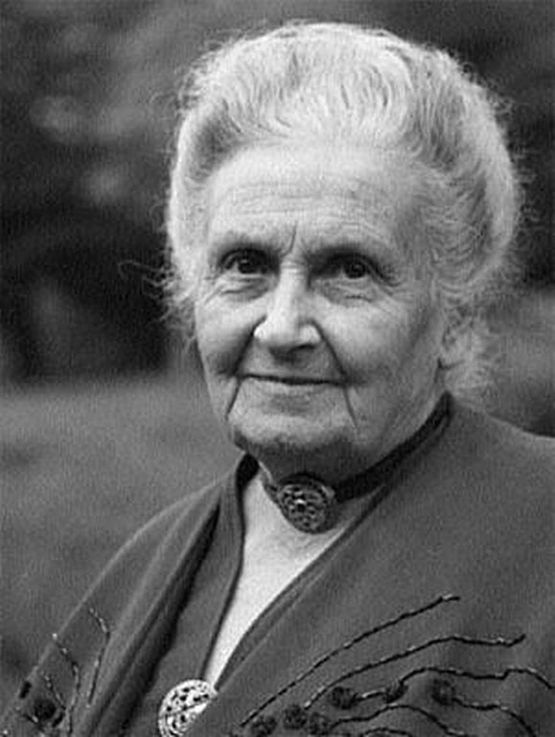 materials to support mentally disabled children. She achieved such successful results with these that they made her famous, not just in professional circles, but also far beyond her national borders. Encouraged by this success, she began to extend her methods to working with healthy children, and opened her first Children’s House (Casa dei Bambini) in San Lorenzo, a deprived area of Rome. Further Children’s Houses were to follow in Milan and Naples.

could no longer be held back. The “Dottoressa”, as she was reverentially known
by many people, dedicated her whole life to extending and refining her
development materials, publishing books on the subject and training teaching
staff but, most of all, observing children in great detail. This became the
central pillar of her research. Even her years of exile in India during the 2nd
World War failed to stop her drive to work in the service of children; while
she was there, she developed what may have been the most important concept of
her pedagogical approach, known as “cosmic education”.

 After her death, her illegitimate son, Mario Montessori, took up the task of directing the Montessori movement. By then, it had spread worldwide, and it is now run by Association Montessori International (AMI), which is based in Amsterdam http://ami-global.org/.