The principles upon which we work

 Montessori education focuses on the development needs of the child. It is based on the discovery that children who follow an internal development plan grow continuously of their own accord, as long as their environment contains what they need for their development and the adults patiently and repeatedly lead them towards constructive action, providing them with attentive support and ensuring that whenever possible they can remain undisturbed in their activities. 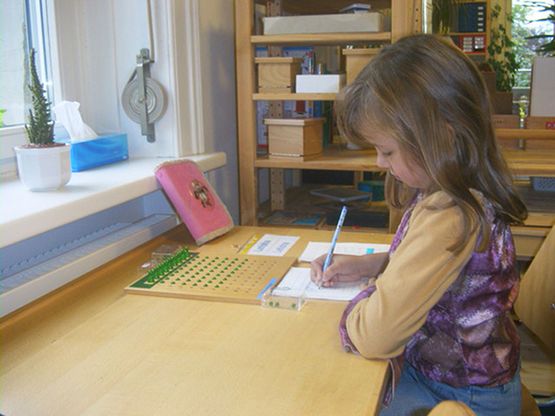  Absorbent mind is what Dr Montessori unconscious intellect of a young child, which allows it to learn in a different, more sustainable way than with any other later form of intellect. It recognises that children explore the nature of things and their associations with their senses, and that in this way they literally absorb the insights they gain from their environment, in the same way as a sponge absorbs water when it is immersed.

Thus the child develops its intellect and itself continuously and of its own accord, in line with some internal plan. This type of learning is unconsciously creative and extremely holistic; it happens without any strain and is far more sustainable than the later acquisition of knowledge through individual lessons (ref. our acquisition of our native language).

"Tell me, and I will forget it. Show me, and I might remember. Let me do it and I will be able to do it.“ Confucius

 Materialised abstraction means the potential for experiencing an abstract educational content inherent in Montessori Material, rather than simply receiving this content through teaching and then learning it by rote. The knowledge gained in this way stays rooted in the memory much more sustainably because it has arrived there on the sensory level, the most elemental of all forms of learning (moving on from grasping an object to grasping an idea)

 Isolation of dificulty is a recurrent term in the Montessori Method. It represents the attempts of the teaching staff to avoid confronting the child with too many new difficulties at the same time, choosing the educational content in such a way that the child is always confronted with one difficulty at a time, which it will therefore probably be able to master much better.

 Individualisation of the lesson allows children to be encouraged and supported according to their own potential. Fast thinkers should be able and allowed to reach more ambitious targets more quickly. In a Montessori environment, they will never be held back in their own development while they wait for the rest of the class to catch up, because they will be constantly led onwards into fascinating new educational content as soon as they have completed a task. On the other hand, weaker students receive the help and support they need from the teaching staff, and via the sensory (graspable) material, to cope with complex content. They are never pushed, rushed or put down, but are allowed to complete the necessary stages towards learning at their own steady pace until they are able to move away step by step from the material and make a successful transition to the abstraction. In this way, they retain their pleasure in learning and successfully avoid the pitfalls of either being under-stretched or over-stretched.

 Observation is a Montessori teacher’s magic tool, making it possible to know which student in her class is at what level, where they need help and support and where they are perfectly capable of overcoming obstacles and solving problems on their own. She intervenes in a child’s work as often as necessary, but as rarely as possible. She sometimes allows children to make mistakes, because she has learned to grasp hold of ERRORS to be used as AIDS in the educational process.

 Cosmic education is the concept of a lesson that does not artificially divide human knowledge into individual subjects but combines them into a holistic view of what the world holds within its innermost folds. We devote our day-to-day efforts to the resulting need to master joined-up thinking across all subjects and to encouraging individuals according to their strengths.

„Teaching individual details can cause confusion. Creating relationships between objects

 Mixed-year classes allow classmates at different levels of development to talk to each other all the time, thus helping to avoid under-stretching and over-stretching them. It also

offers a constant opportunity for students to pass on what they have learned to younger children, which tests their own growing skills and at all times enables them to find a suitable learning partner for their strong and their weak areas alike.

 Independent work is the name given to the working period lasting at least three hours during which the child carries out its task uninterrupted by any bell for break; each child

freely chooses when to take its own break for refreshment – affectionately known by the Swiss as a “Znüni”.

 The teaching staff regard themselves as reserved but extremely conscientious observers, who allow the children to work independently as much as possible and only intervene if that

is really necessary or if that is what the child wants.

 The prepared environment in the Children’s House and the School should be adapted continuously by the teaching staff as a result of their observations and what they discover from them; the child should always find materials that are suitable for its current stage of

development that support the current teaching steps and awaken that child’s interest.

 Free choice allows the child to select those things from the prepared range on offer that will best satisfy that child’s current stage of development. If all the elements of this concept are perfectly matched to each other, observation of the child during a period of intensive activity with the selected materials often reveals a highly desirable phenomenon – the polarisation of attention.

 Polarisation of attention is the term Maria Montessori used for the moments of very deep concentration and absolute devotion to a task in mainly self-selected learning situations. These moments allow for accelerated success in learning and the simultaneous unexpected release rather than loss of energies. On these occasions, therefore, the child is more likely to experience a deep feeling of contentment rather than tiredness.

 Flow experience is the name given by Mihaly Csikszentmihalyi, the Hungarian-American Professor of Sociology and Psychology, who teaches Psychology at the University of Chicago,

to a very particular state of extremely deep concentration – presumably describing one and the same phenomenon. 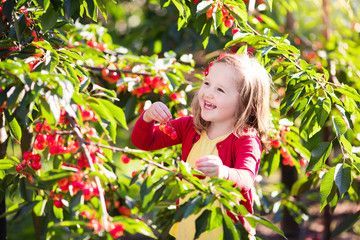 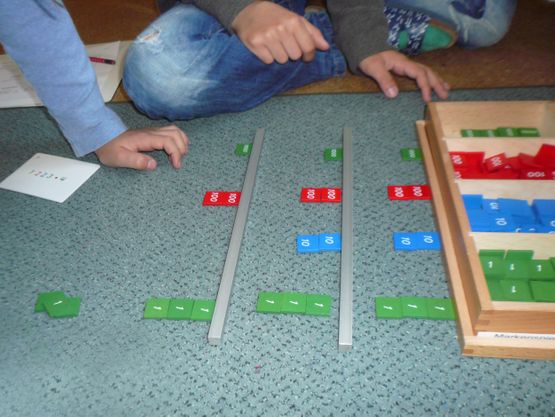 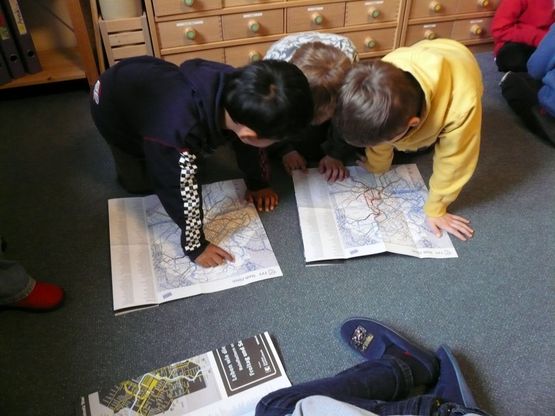 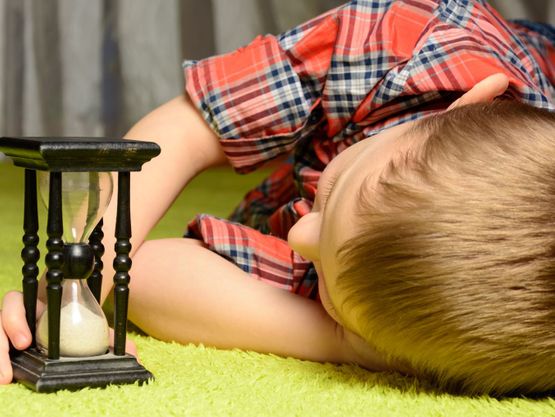 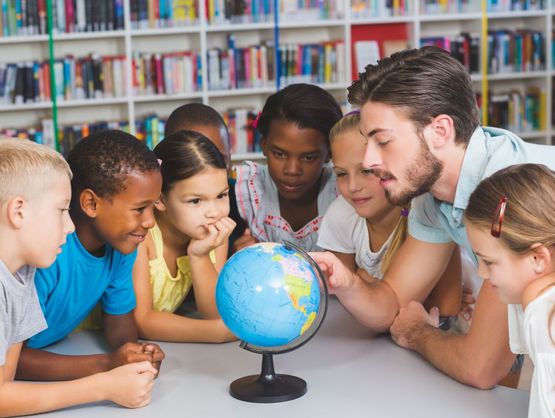 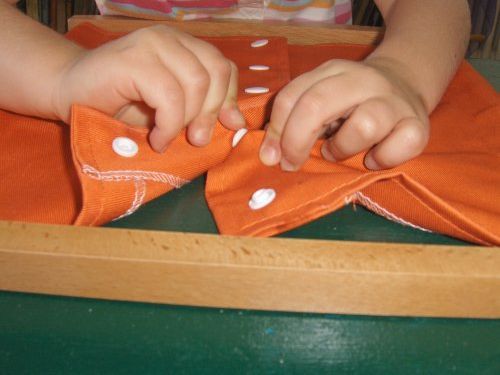 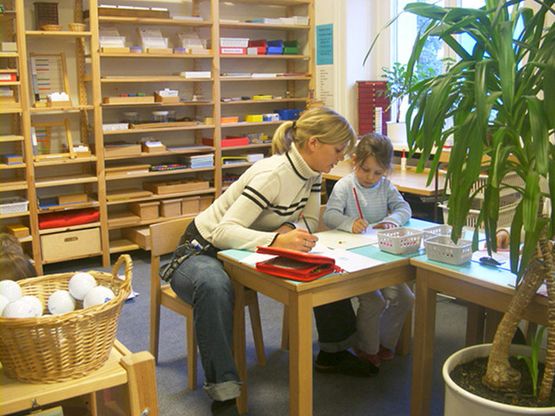 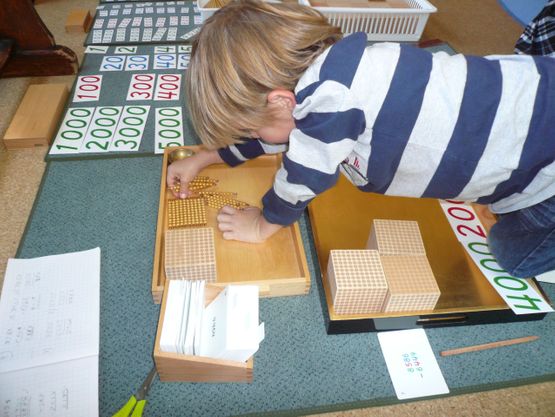