 Our pre-school service comprises two pre-kindergardens (which act in some respects as well-proven introductory groups) and two kindergardens, which act as the transition to the primary school level. Both age levels are supported in the team teaching system by one teacher with English and one with German as their native language, which guarantees the problem-free acquisition of a second language as well as the development of social cognitive and motor skills. They place a high value on “help to help yourself”, on the maximum independence of the child from adults and on the associated development of self-esteem. 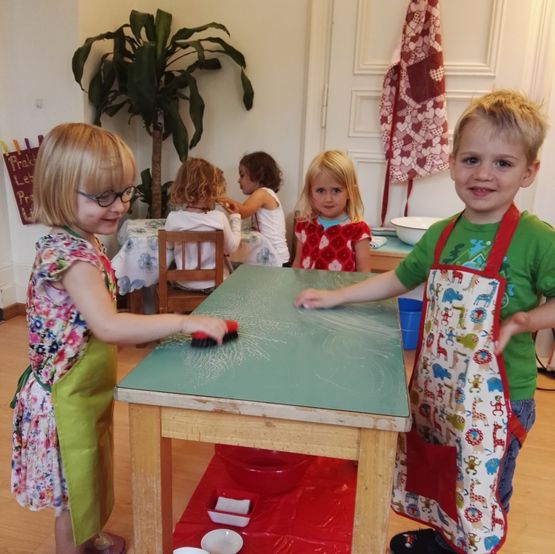  The work produced by young and very young children confirms daily that they are capable of far more then is generally expected of them, as long as they are given competent instruction and careful support.

 The pre-kindergardens accommodate our youngest pupils in a mixed-age group of about eight children aged between 0 and 3 years. With sensitive skill, this well-oiled team is able to support the little ones on their first steps into a wider community. As well as a markedly social basic attitude, the children who gather their first experiences of groups here with us also develop an almost unassailable lead in the acquisition of their second language.

 The kindergardens form the next stage and support the individual abilities of every single child in two sections, each with 29 children aged between 3 and 6 years. At this level, the existing work is now also supplemented with weekly units in rhythm work and jeux dramatiques at the 'Metzentin Kinder- und Jugendtheater' and with gym classes.

 Block periods structure our daily routine and should be regarded as time frames during which the children should neither be dropped off nor picked up. At the Kindergarden level, these are 9am - 12 noon and in the afternoon between 1pm and 4pm.

 The whole house observes the rest period between 1pm and 2pm. We do not want to be disturbed by anyone or anything during this hour after eating, but aim to simply enjoy it as a phase of relaxation and recovery for children and adults alike. 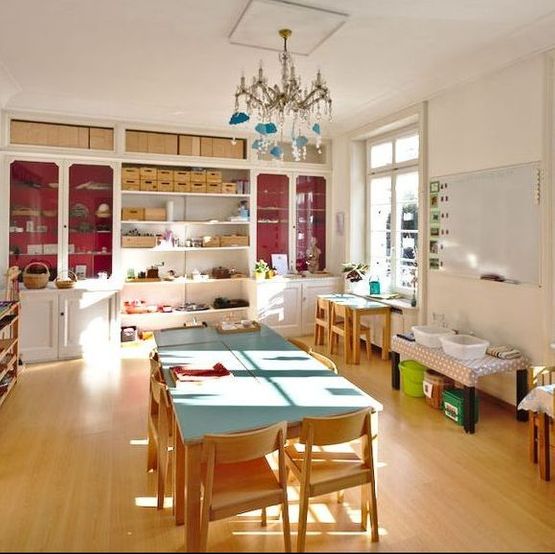